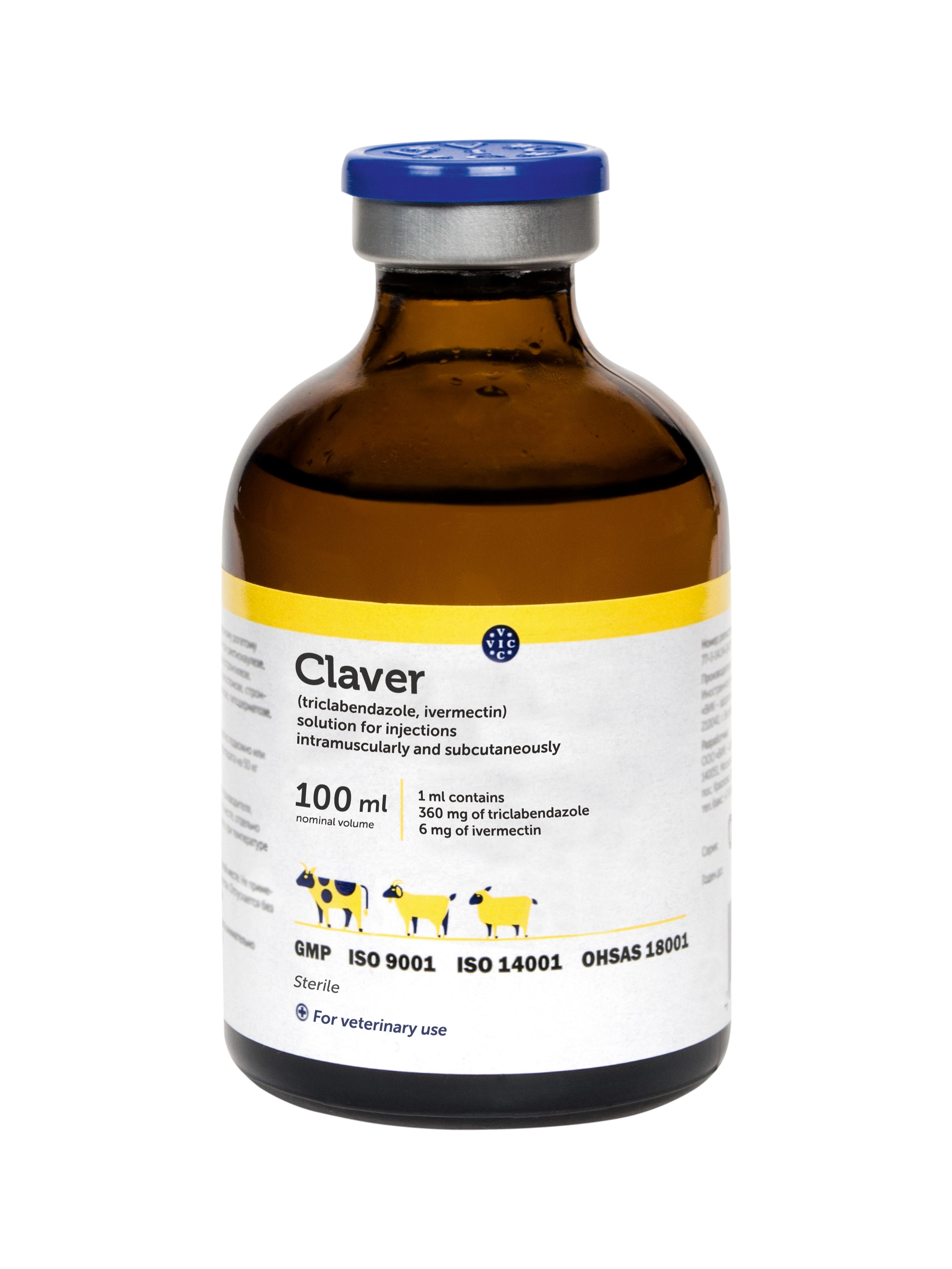 Claver® is an antiparasitic drug. Triclabendazole belongs to the benzimidazole family. It is active against trematodes, mature and immature helminths, Fasciola hepatica and Fasciola gigantica. Triclabendazole inhibits colchicine binding to microtubular protein of Fasciola and thus disrupts structure and function of microtubulars. As a result, it leads to paralysis and death of parasites. Ivermectin is a macrocyclic lactone. It is effective against larval and mature stages of nematodes in the gastrointestinal tract and lungs, larvae of subcutaneous, nasopharyngeal, gastrointestinal botflies, lice, louse flies, sarcoptic mange. Ivermectin disrupts the transmission of nerve impulses, which leads to paralysis and death of parasites. After parenteral administration, the components of Claver® are well absorbed from the injection site and distributed to most organs and tissues. The therapeutic concentration of triclabendazole and ivermectin persists for 10-12 days after administration. Triclabendazole is metabolized to sulfone and sulfoxide. It is mainly excreted in the feces. Ivermectin is excreted in the urine, bile and milk.

Claver® is a solution for injection 1 ml of Claver® contains 360 mg of triclabendazole, 6 mg of ivermectin and excipients.

Claver® is administered once by intramuscular or subcutaneous injection at a dose of 1 ml per 30 kg bw (12 mg of triclabendazole and 0.2 mg of ivermectin per 1 kg bw). During the periods characterized by high parasitic infection or in the areas with a high incidence of parasitic infections, it is recommended to use the drug every 8-10 weeks. To treat acute and subacute fasciolosis, it is recommended to administer Claver® every 5-6 weeks. If one injection exceeds 10 ml, the drug must be administered to 2-3 injection sites to avoid pain syndrome.