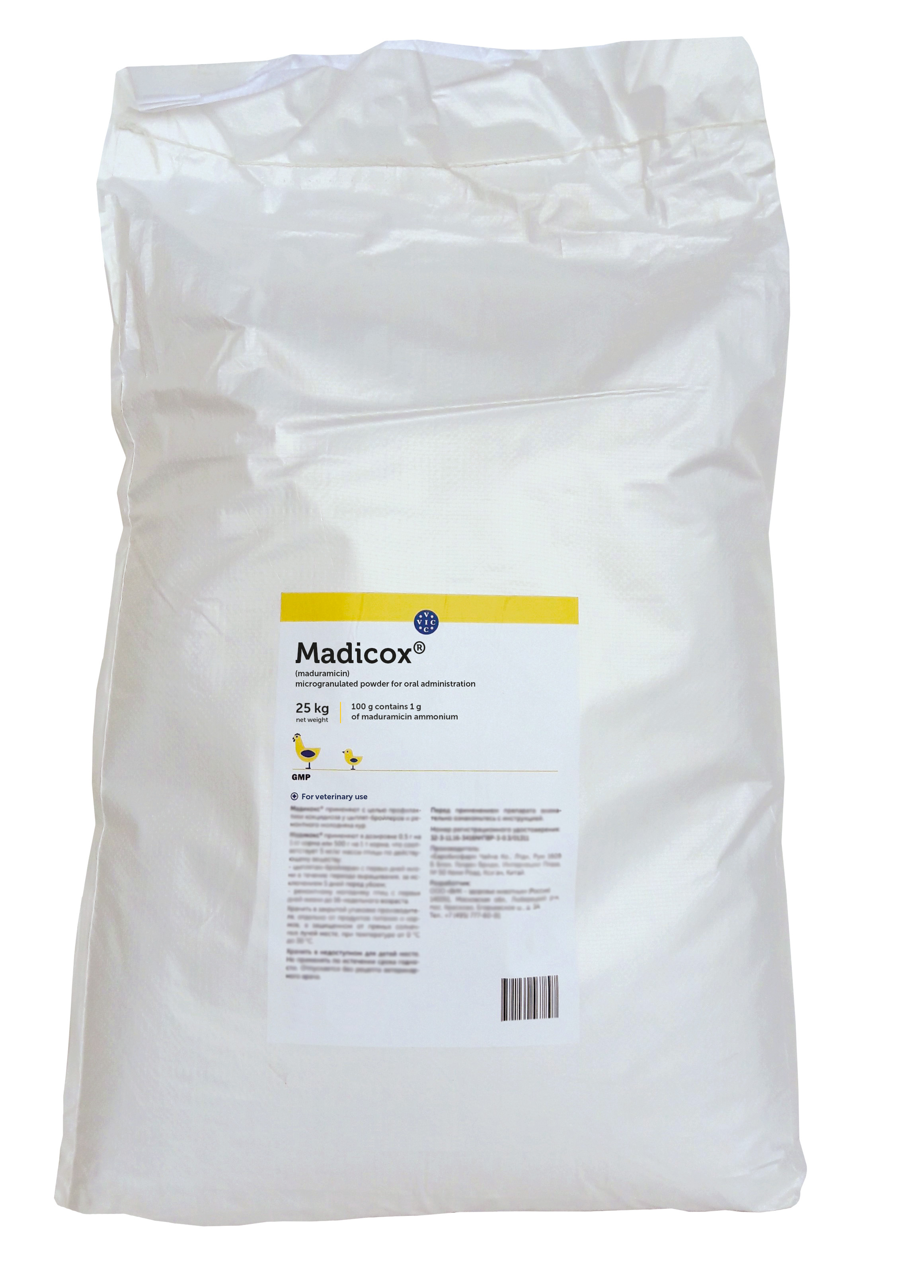 Madicox® belongs to ionophore coccidiostats. Maduramicin belongs
to the polyether monocarboxylic ionophoric antibiotics, produced
from a strain of Actinomadura yumanensis. Maduramicin has broadspectrum anticoccidial activity against E. tenella, E. acervulina,
E. necatrix, E. maxima, E. mivati, E. brunette and other Coccidia affecting
poultry.
Maduramicin forms lipophilic complexes with alcaline mono- and
divalent cations, thereby promoting their transport across the cell
membrane and increasing the osmotic pressure in the coccidia, which
inhibits certain mitochondrial functions such as substrate oxidation
and ATP hydrolysis. It causes death of parasites
Maduramicin is hardly absorbed in the gastrointestinal tract and has
its anticoccidial effect in the mucous and submucous membranes.
Maduramicin is mainly excreted in the feces.

Madicox® is used for treatment and prevention of coccidiosis in broiler chickens and replacement chickens.

•  broiler chickens (from the first days of life and during the whole rearing period, but the drug must not be administered 5 days before slaughter);

•  replacement chickens (from the first days of life until the age of 16 weeks).